Within the HydroGEN EMN consortium, high-throughput experimentations as described here can be closely coupled with predictive theory, focused materials synthesis, detailed characterization, and advanced data analytics to maximally accelerate materials discovery and development. The details of these other capabilities are described in other capability nodes.

All the high-throughput experimentation capabilities are available for use by industrial and university partners as a part of the HydroGEN EMN for collaborative projects that would be mutually beneficial. Usually, there are a few work-for-others projects with industrial partners and several university collaborations at any given time. For example in FY18, this capability supported four different projects in three different HydroGEN categories (photoelectrochemical, solar thermochemical, and high-temperature electrolysis production of hydrogen). Please note that certain reactive (e.g., Ca) and toxic (e.g., Cd) metals may not be available in the existing synthesis chambers. The high-throughput experimental group at NREL welcomes visiting researchers, post-docs, and students, both for short informational visits (one or a few days) and for longer research-oriented stays (>6 months). 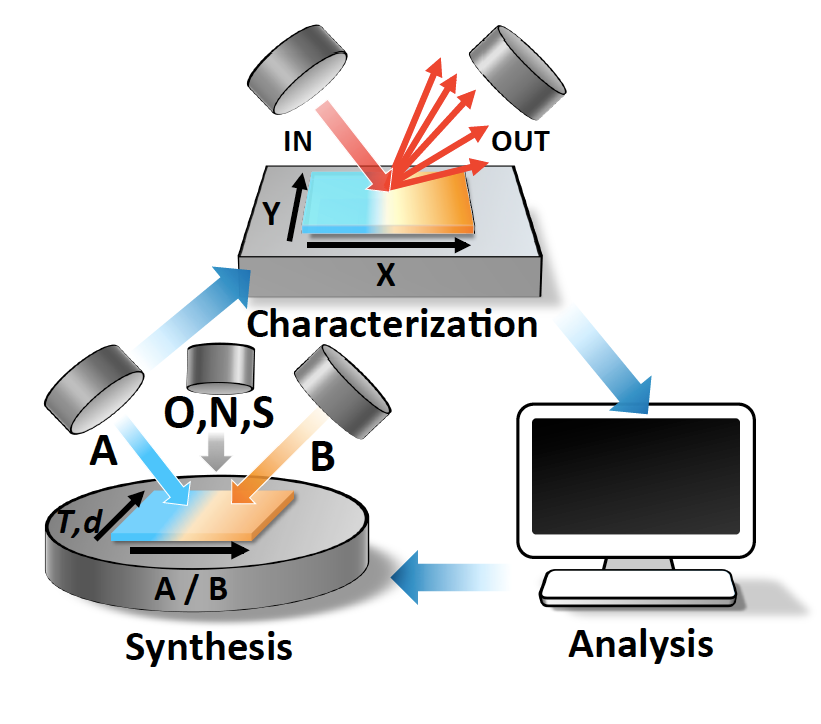 1. Examples of use of the combinatorial thin film capability at NREL from the past:

1b. Novel light-absorbers suitable for PEC: